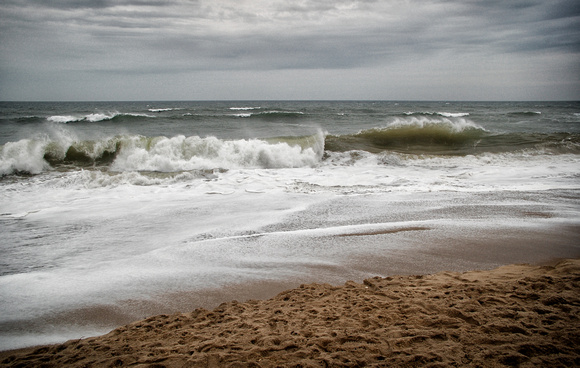 Pissing People Off On Climate Change

OK, so right away, I've either got you on my side, or you've already got it in your head that I am about to say something stupid.
I'm not sure what it is about this subject that makes people so polarized. Somehow, people are about as zealous about this one subject as any other I've come across.

Why Do I Care

I shoot photos, so why should I care? I do... My world is Cape Cod, Massachusetts. I shoot birds. Wildlife, and Seascapes. Waterfalls. The natural world, like Alaska. In 2006 I was shooting photos of a glacier. Today, that glacier has lost miles and miles  since then. Many hundred millions of gallons of fresh water, dumped into the oceans. I spend time fishing on the ocean, and the fish: Bluefin Tuna, bluefish, striper, cod, halibut, mackerel, and more are depleted, both by overfishing and by the massive change in salinity, and acidification, with the release of carbon into the oceans.

Whats Next
By now, unless you live in a total media blackout or some cave in Tora Bora in Afghanistan, you know there is controversy around the cause of climate change in the media. Frankly, there is universal agreement among climate scientists about the fact that the climate is changing, and changing at a rate not seen since end of the Holocene era. The numbers are greater than 98 % of studies and even higher amount agreement among climate scientists.

What Happens If We Change

So, why change what we do? What happens if we do?
Lets look at the two options:

1. Climate Change Is Real; We Change Our Ways

Great! we've dealt with a major issue, proactively. Perhaps our cities and towns along the coast can be safe from rising seas. Perhaps more severe storms like Hurricane Sandy, can be prepared for in advance. Perhaps our droughts in the southwest can be avoided. Perhaps the hundreds of threatened species will survive. Perhaps the native peoples of Alaska and Greenland can continue their centuries long way of life.

It will cost us, and some good amount, to retool our way of life away from carbon based fuels, like gas and oil. Some of which, frankly we can offset by ending the $Billions in subsidies to the Oil and Natural Gas companies. We'll spend money and lead the world again, in a new industry: Solar, Nuclear, tidal and wind. Possibly Fuel Cells. Possibly something entirely new.

Cities on the coast, like New York, New Orleans, Boston, most of southern Florida, and many dozens more will suffer flooding. Some constant, and some on higher moon tides or major storms. Coastal towns will disappear. People will have to move inland. Already, many small island nations in the Pacific are getting completely washed over during extreme storms. Many species, like Polar Bears, will be gone in 50 to a 100 years. Many Intuit, living in Alaska and Greenland will have no place to live. Permafrost is thawing. The homes where the natives live will be in massive swamps. Land in the southwest US will be under massive water drought. Our growing breadbasket (The midwest) will also tend to shift Northward. So much so, that more food will grow in Canada, and less in southern US. We will have spent nothing to be proactive, but billions to deal after the fact.

3. Climate Change Is Not Real; We Change Our Ways

4. Climate Change is Not Real; We Don't Change

Nothing. Nothing Good. Nothing Bad. We don't grow our industries. We don;t create new jobs. Mind... the rest of the world gets it.. and is moving towards Solar, Wind, Tidal and more... China's doing it and beating us in Solar. Europe is ahead in wind. France is ahead on nuclear. Even the Mid East is moving towards solar and wind for their own countries.

The Rest of the argument:

Who Agrees On Climate Change

The list of folks who believe that the rate of change is human caused, and that something needs to be done is rather surprising. The usual suspects:

Climate Scientists, NOAA, NASA and a few other groups of mostly science types.
Greenpeace, and the list of fairly liberal groups that are not surprising on the left.

...but here's the shocking part:

The CIA, The US Army, US NAVY and US AIR FORCE.
These guys are usually not among the list of liberal environmental groups. But they recognize the clear and present danger to the United States that depending on sources of energy that cause damage to the coastal areas of the country and cause damage to the security of country will cause. Read that again... I'll wait.

The Army, Navy and Air Force are developing alternative forms of energy. They are rapidly changing over to solar on many bases. They are developing green forms of fuel for ships, vehicles and planes. It's too dangerous NOT to.

Cause Of The Accelerated Climate Change

Here's the part where the crazy folks go into a tail spin.

The numbers for agreement on the cause are only slightly lower. 97% of climate scientists say it is human caused.  Let's agree, no matter what we say on the actual cause, that 97% is a fair amount of folks. About the only folks pushing back are those that are not scientists and those who have an economic interest in NOT CHANGING the way we do things. In other words, people who make money either selling oil and gas, are NOT interested in changing the way we live. They lose money if we stop buying gas and oil.