The Golden Hour and The Blue Hour 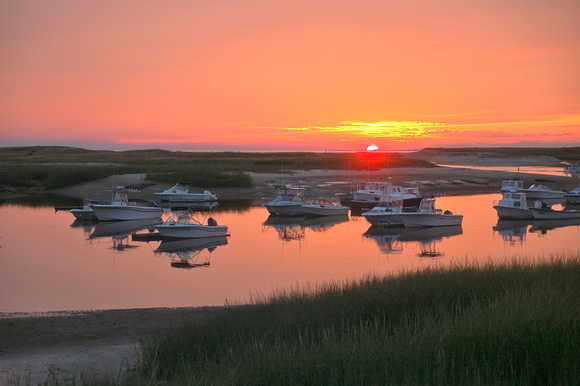 Pamet Harbor, at The Golden Hour (Click for Photo)

Shooting outdoors, and we all do from time to time, has it's own challenges. Lighting is one.
As photographers, we quickly learn, there are a couple of great times to shoot outdoors: The Golden Hour, and The Blue Hour

The Golden Hour is a great time, about an hour before sunrise or an hour after sunrise, and usually provides an awesome quality of light. The light has an awesome warm tone, and a direction. There's no harsh direct overhead light. Just a warm tone that brings out great color in your subjects. 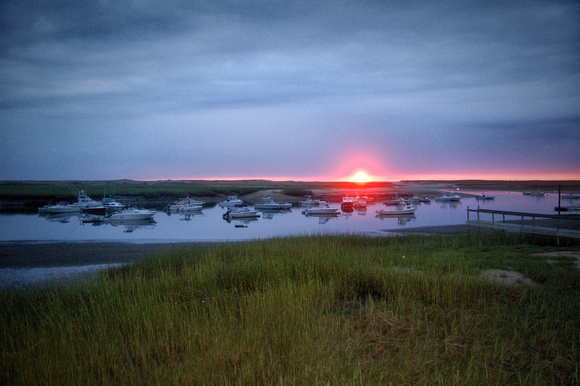 Pamet Harbor, at the Blue Hour (Click Here For Photo)

The Blue Hour is the time of day when the light takes on a strong blue tone. The sky is a deep, rich blue and gives off a blue tinted light that gives a feeling cool feeling, on our subjects. the Golden Hour actually is about a half hour after sunset or before sunrise. The blue comes from having to travel through more of the atmosphere (and water in the atmosphere) and having more of the shorter wavelengths filtered out, leaving more blue wavelengths (longer) to hit your subjects.

Blue Hour means taking photos from a tripod, and a longer exposure than other photos. There's less light.

What's Good To Shoot during the Blue Hour?

City scenes, beaches, landscapes, and architectural work great during the blue hour. Because of the longer exposure times, subjects such as People, and Wildlife just don;t work as well. (They move, and longer exposures mean blurry photos!) Wide angle landscapes are awesome in Blue Hour!

Harsh light is a challenge! Try shooting during The Golden Hour and The Blue Hour!